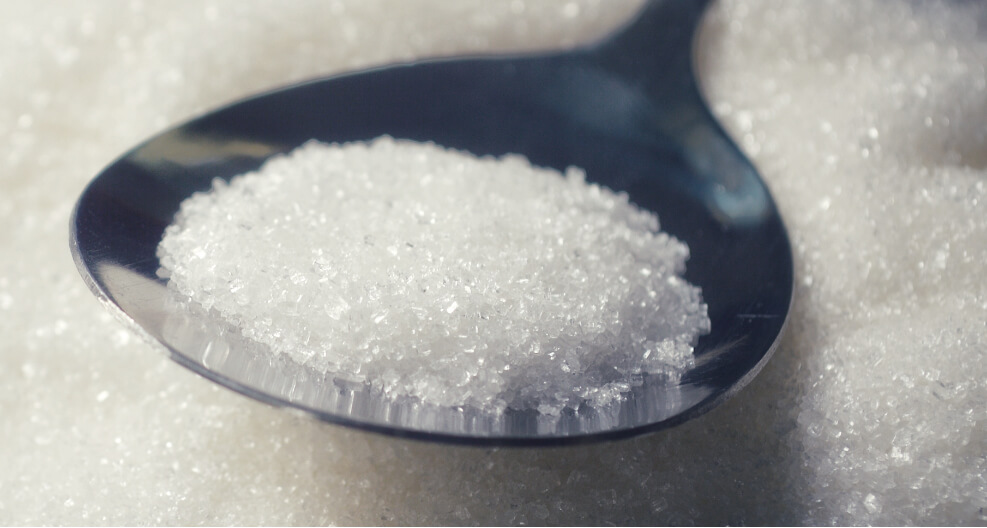 The recommendations in short

If you are thinking about carbohydrates and sugars and want to change your diet, then consider the following points:

Carbohydrates are better known in the popular language as sugars. But not all sugars are the same. The first thought that comes to mind when thinking about sugar is the usual household sugar (sucrose), which can be found in drinks and bakery products. Fructose is also very well known and, as its name suggests, is found in fruit. The sugar that is measured to exclude diabetes (blood sugar disease) is blood glucose.  There are also many other sugars – just take a look at the nutrition information of a yoghurt or a purchased fruit juice spritzer: added sugar is usually hidden under the suffix -ose or as syrups.

Sugars can be chemically divided into single (monosaccharides), double (disaccharides) and then complex sugars (polysaccharides) based on their number of sugar molecules. This classification refers to biochemical processes such as, for example, the speed of energy production, which is fast in the case of double sugars such as the aforementioned household sugar and the blood sugar level rises accordingly. In contrast, particularly complex sugars first have to be broken down into smaller sugar building blocks by enzymes in order to obtain adequate energy.

The brain is the major energy consumer in the human body (approx. 25% of the total energy consumption). This energy can easily be provided by the blood sugar (glucose). Just 150 years ago, sugar was a luxury good. Pure sugar meant reward and was used for special occasions in fine food. The supply of the body with glucose was ensured at that time by the nutrition from the simple and complex carbohydrates contained in numerous foods. From 1852 until today, however, the per capita consumption of refined sugar in Germany (as in all industrialised countries) has increased almost exponentially. This fact leads to a flooding of the body with sugars mainly in the form of fructose, glucose and sucrose.

Why does the brain need sugar?

Energy is required to maintain the structure and function of nerve cells. A mandatory fuel for the brain is the monosaccharide glucose, (simple sugar), also known as dextrose. Alternatively, the degradation products of fatty acids, the so-called ketone bodies (especially ß-hydroxybutyrate and acetoacetate) can be used by nerve cells as an energy supplier. Ketone bodies are formed, for example, in the starvation metabolism, during fasting or in the ketogenic diet. However, at least one third of the energy must be covered by glucose, which is about 40 g glucose per day. Both glucose or ketone bodies are converted within the cell into ATP (adenosine triphosphate), the energy carrier of all cells, and also provide substrates for cell construction.

Great, you might think: add as much sugar as possible and the brain (and all other cells) are full of energy!? Unfortunately, this is not true at all. The key point is the path that the glucose has to take to get from the blood and the extracellular space into the cell. The magic ingredient for this is the hormone insulin, which is produced by the pancreas and, as has been known for a few years, also to a lesser extent by the brain [1]. Every cell has so-called insulin receptors that ensure that glucose is transported into the cell, but only as long as there is no insulin resistance.

Insulin resistance occurs when the sensitivity and response of the insulin receptors are disturbed and altered. Glucose can then no longer be adequately utilised, the blood sugar level rises and, above certain thresholds, the entire organism is immensely damaged. Insulin resistance leads to addictive behaviour (sugar addiction), fatigue syndrome, eating disorders, circulatory disorders and diabetes mellitus type 2.

What does insulin resistance mean for the brain?

The cells in the brain can also become insulin-resistant. However, the brain is the body’s largest energy consumer, so a lack of energy is catastrophic for all human cognitive and motor performance. Memory performance, cognitive abilities and concentration are particularly affected. Equally, the increased incidence of depression and dementia [2] is closely related to insulin resistance in the brain.

Insulin resistance is further increased by a lack of physical exercise. On the other hand, any kind of physical/muscular activity improves the sensitivity of the insulin receptors and facilitates the transport of glucose into the cell interior. Even serious cases of insulin resistance can be improved by sport and moderate exercise to a greater extent than by drug treatment [3].

But “grey is all theory…”. For those at risk of dementia, these facts provide some important recommendations: